Background to the PID Act

Before the PID Act came into existence the Commonwealth was the only jurisdiction in Australia that did not have legislation dedicated to facilitating ‘whistleblowing’ and to protecting those that make such disclosures. The PID Act recognises the importance of exposing wrongdoing in the public sector.  It provides broad protections for people that make reports of serious wrongdoing, provides legal remedies if those individuals suffer reprisals as a result of those reports and creates a standardised framework for how this type of disclosure must be handled, investigated and reported on.

Who can make a disclosure?

A person can also be deemed to be a ‘public official’ by an authorised officer of the NBA (or other agency) who believes on reasonable grounds that the individual has information that concerns disclosable conduct under the PID Act (section 70).

Who is subject to the PID Act?

Disclosures may be made about suspected wrongdoing in Australian Government departments, executive and statutory agencies, as well as a wide range of other entities and office holders associated with the Australian Government. These include Commonwealth companies and authorities, courts, statutory office holders and providers of goods and services under contract to the Commonwealth.

Types of wrongdoing that can be disclosed

Types of conduct that is not disclosable

Sections 31, 32 and 33 of the PID Act specify conduct that does not fall under the Act. This includes where:

It is also a condition for external and emergency disclosures that the information does not include any sensitive intelligence information.

What protections are available under the PID Act?

There are four key protections for public interest disclosers, they are:

It is important to note that to be protected an individual making a disclosure must normally make it to an authorised person and they cannot knowingly make a false or misleading statement. The individual making the disclosure must also honestly believe on reasonable grounds that the information tends to show disclosable conduct. This means that you must have something tangible to support your belief rather than a mere assertion or suspicion. If you are unsure then you should consider obtaining independent legal advice first.

Further information regarding the PID Act can be found on the Ombudsman’s website at http://www.ombudsman.gov.au/pages/pid/. 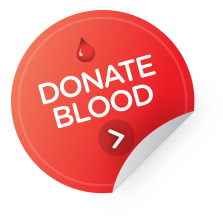